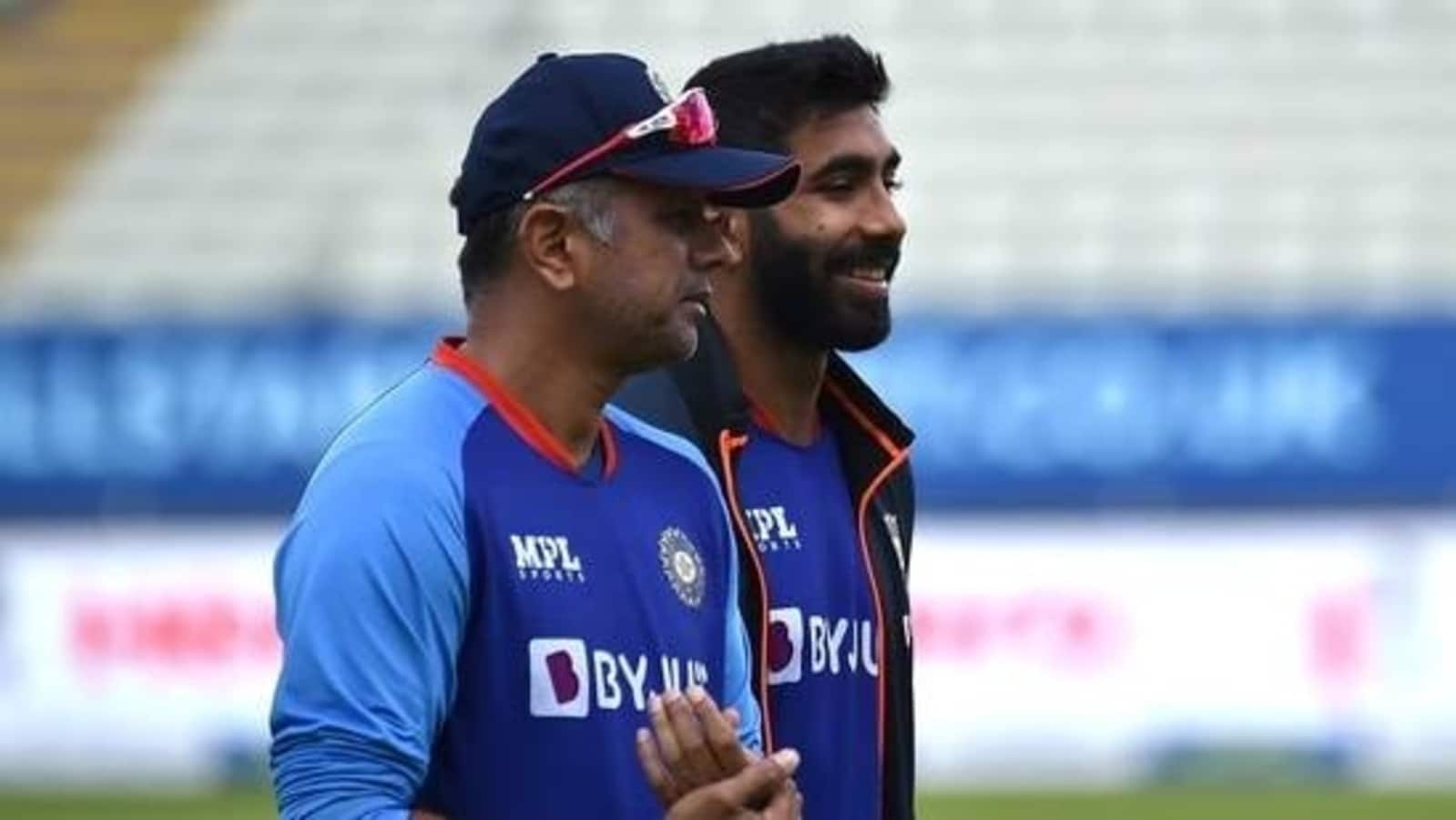 India head coach Rahul Dravid said they are playing the waiting game on Jasprit Bumrah’s fitness. The right-arm pacer who has been ruled out of the ongoing three-match T20I series against South Africa due to a back injury is in a race against time to get back to full fitness before the T20 World Cup in Australia starting in a couple of weeks’ time. As things stand, Bumrah is at the National Cricket Academy in Bengaluru, going through rehab under BCCI medical staff’s guidance.

“So as of now, (Bumrah) officially has been ruled out, as you know, from this series against South Africa. He has gone to the NCA. And we are waiting for the official confirmation on the next steps. So, as of now officially he is only out of this series, but we’ll see what happens over the next few days. And, and once we get some official confirmation, then we’ll be able to share that,” Dravid said on the eve of the second T20I against South Africa in Guwahati.

The pace spearhead was supposed to undergo scans at the NCA. When asked if the results had revealed anything serious, Dravid chose not to delve too much into the details. The former India captain, however, said that they are hoping Bumrah regains his full fitness before the world event.

“I honestly haven’t gone deeply into the medical reports. I mean, I rely on the experts to tell me what is happening. He is being assessed. And we’ll know in due course, whether he’s what happens in the future. And obviously, till he is completely ruled out till I get official confirmation that he is ruled out, we will always be hopeful. We will always hope for the best not just for us as a team, but also just as individuals, we will always hope for the best for the remainder of the matches,” Dravid added.

Bumrah had returned to the India side after a long gap in the Australia series. He bowled two overs in the rain-curtailed 8-overs-a-side match in Nagpur and then bowled his full quota in the series decider in Hyderabad. Bumrah also travelled with the team to Thiruvananthapuram for the series opener against South Africa but had to go back after he felt discomfort in his back.

Mohammed Siraj was drafted into the squad as his replacement for the remainder of this series and it is likely that he will also travel to South Africa along with Umran Malik as injury cover for Bumrah.

India are slated to leave for Perth on October 6. It is more or less certain that Bumrah won’t travel with the team then but it is likely that he will travel to Australia later.

‘Who is responsible for this?’: IND legend on Rohit’s ‘half-fit players’ remark | Cricket

‘Who is responsible for this?’: IND legend on Rohit’s ‘half-fit players’...