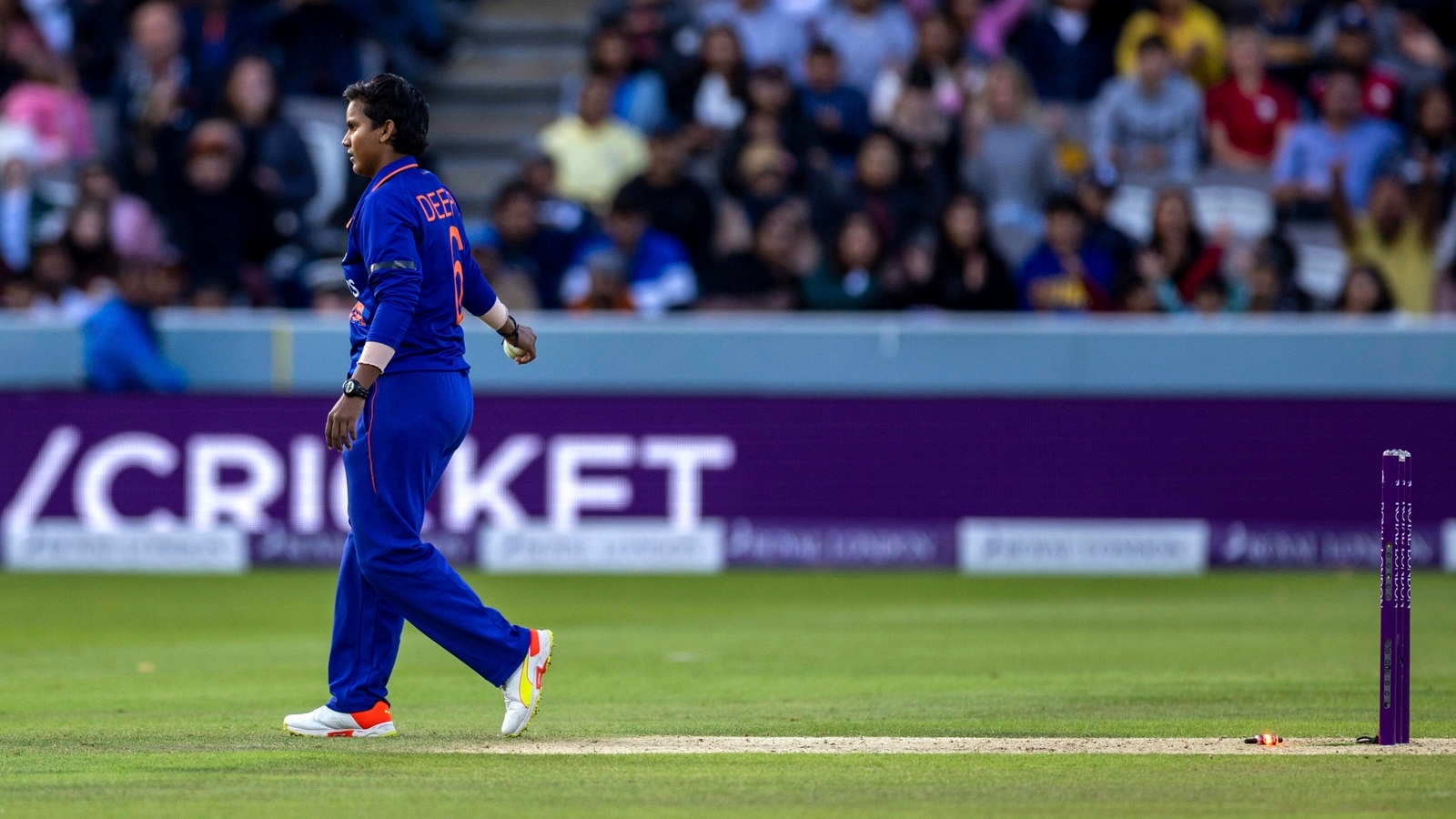 When the International Cricket Council (ICC) announced moving the run out of the non-striker for backing too far from the ‘unfair play’ section to ‘run-out’ in its rule book this month, it was to remove any stigma that usually sticks to the bowler for purportedly not sticking to the spirit of cricket. The Marylebone Cricket Club (MCC), guardians of cricket’s rules, had updated the law in March and it will come into effect on October 1.

The polarisation the mode of dismissal continues to cause was in full view at Lord’s on Saturday. The third women’s ODI between India and England was in focus as Jhulan Goswami’s farewell international until off-spinner Deepti Sharma ran out non-striker Charlie Dean on 47 for leaving her crease before the ball was delivered. The game was on a knife edge—England needed 17 from 40 balls with one wicket in hand—when Deepti sealed victory for a 3-0 series sweep by India.

The mode of dismissal is widely known as Mankading (after India great Vinoo Mankad ran out Australia’s Bill Brown in the Sydney Test on the 1947/48 tour), a term Sunil Gavaskar has called insulting to the former all-rounder as it was the batters who try to take unfair advantage.

Despite the boos the Indian team received from a section of the Lord’s crowd and the controversy whipped on social media mostly by former and current England players, Sharma was playing only by the rulebook.

This mode of dismissal has always been a legal act though the aggrieved have argued it is not in the spirit of the game. The MCC has changed the wording over the years to put the onus on the batter. A 2017 amendment changed “Bowler attempting to run out non-striker before delivery” to “Non-striker leaving their ground early”. While the bowler was only permitted to run out a non-striker backing up before entering his/her delivery stride before 2017, the altered playing condition meant the bowler could effect the run out “at any point before releasing the ball provided the delivery swing has not been completed.”

The amendment this year has been done to back the bowler. “The bowler is always painted as the villain but it is a legitimate way to dismiss someone and it is the non-striker who is stealing the ground,” Fraser Stewart, MCC Laws manager, told The Times in March. “It is legitimate, it is a run out and therefore it should live in the run-out section of the laws.”

India skipper Harmanpreet Kaur backed Deepti—she also hit an unbeaten 68—in her post-match press conference. “Today whatever we have done, I don’t think it was any crime,” she said. “It is part of the game and it is an ICC rule and I think we just need to back our player. I’m actually very happy she was aware that the batter was taking too long a stride.”

England skipper Amy Jones simply said the last dismissal divided opinion, while there were sharp reactions from the likes of Stuart Broad and Sam Billings. “Terrible way to finish the game,” Broad tweeted. “There’s surely not a person who has played the game that thinks this is acceptable? Just not cricket,” Billings said.

In reaction to the dismissal, MCC said: “Our message to non-strikers continues to be to remain in their ground until they have seen the ball leave the bowler’s hand. Then dismissals, such as the one seen yesterday, cannot happen.”

England opener Alex Hales though pointed out to Billings, “The ball didn’t leave the hand though… I’m not talking necessarily about this incident, but just the issue in general. It wouldn’t be an issue if batters simply remained in the crease until the ball has left the hand.”

In recent years, England batters in particular have been left grumbling after such dismissals. Jos Buttler has been run out twice at the non-striker’s end—by Sri Lankan spinner Sachithra Senanayake in an ODI in 2014 and India off-spinner R Ashwin during an IPL game in 2019. In County cricket, former India left-arm spinner Murali Kartik ran out non-strikers twice in this manner.

‘Warner has been an awesome leader, has our absolute support’: Cummins | Cricket

‘Warner has been an awesome leader, has our absolute support’: Cummins...